Edmonton is without question a place with long, cold, dark winters. Our job was to help the city’s municipal government get residents excited about living in a world-leading winter city and in order to promote the excitement and wonders of an Edmonton winter, we first had to believe. We got out and skated the Freezeway, schussed at Edmonton Ski Club, careened inside the Ice Castles and hugged mugs on winter patios. We became our own audience, and learned to love winter again. We became evangelistic promoters of Edmonton in the wintertime. And we got strategic with it. 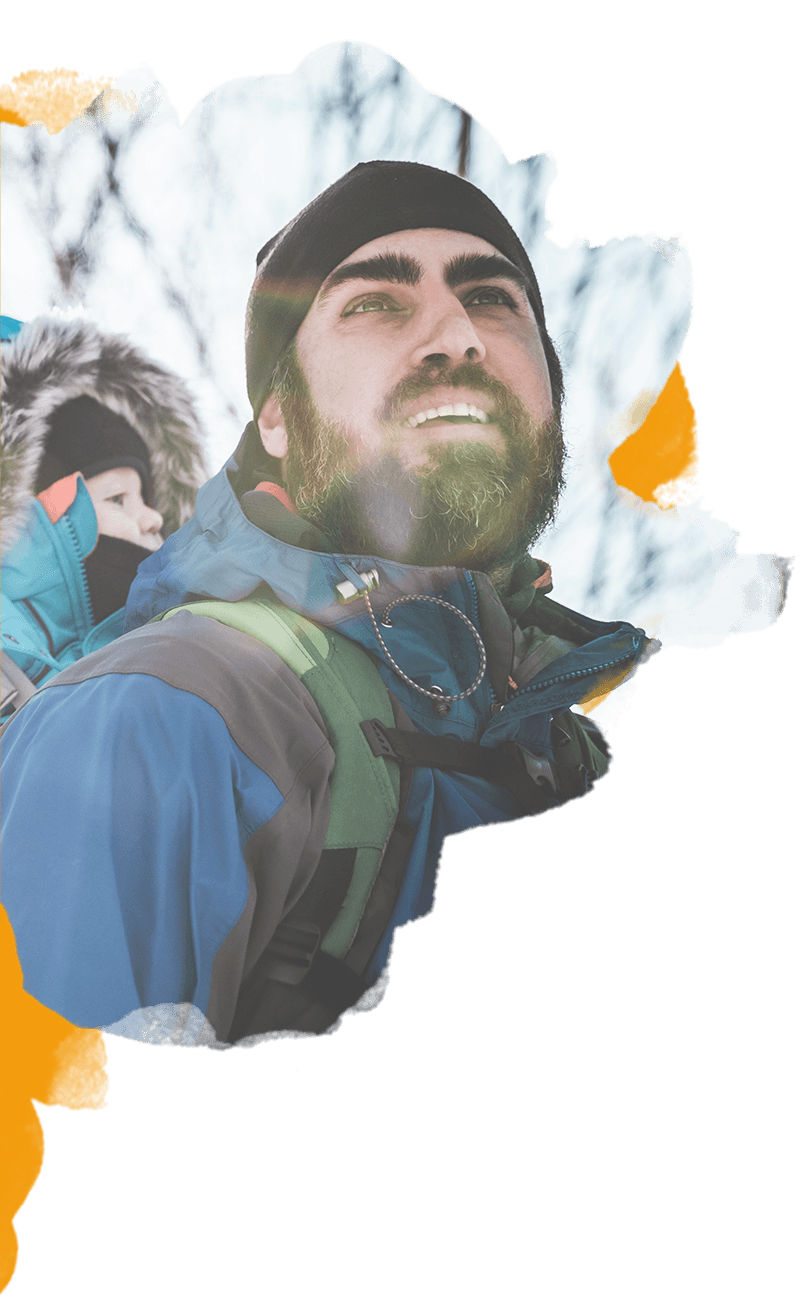 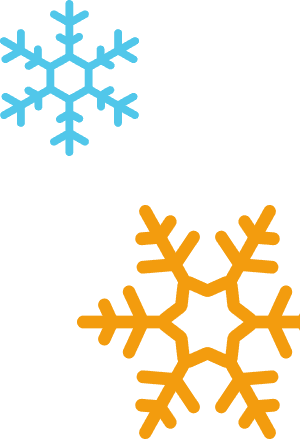 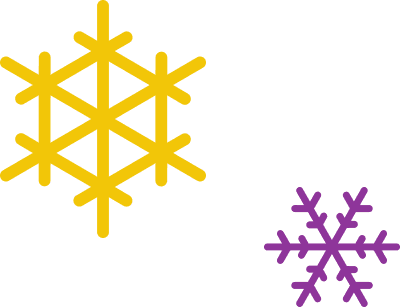 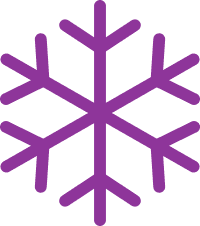 When we came in, the City of Edmonton had already invested substantially in its WinterCity Edmonton branding. The logo was embroidered in toques (supplied to all ETS bus drivers), and printed on lip balm, tents, banners – nearly every kind of merch in the north. But it had issues. The word "Edmonton" was hard to read, especially on small items, the negative-space snowflake was nearly unidentifiable and the typography felt too amateurish to be promoting a world-class initiative.

We designed the new logo to co-exist with the original, with improved readability and a suite of snowflake icons that could be used in branded material. It’s a sizeable improvement in terms of impact and usability, yet not a jarring departure from the original.
The new logo co-exists with the original, with improved readability.
From the popular Winter Excitement Guide to numerous digital and print ads, the Graphos team has written and designed cohesive and engaging content promoting Edmonton as a world-leading winter city. We produced Edmonton’s groundbreaking Winter Design Guidelines in a beautiful document that’s helping community and urban planners and architects design city spaces in a whole new way. We’re embracing our northern uniqueness to make winters more enjoyable for everyone. 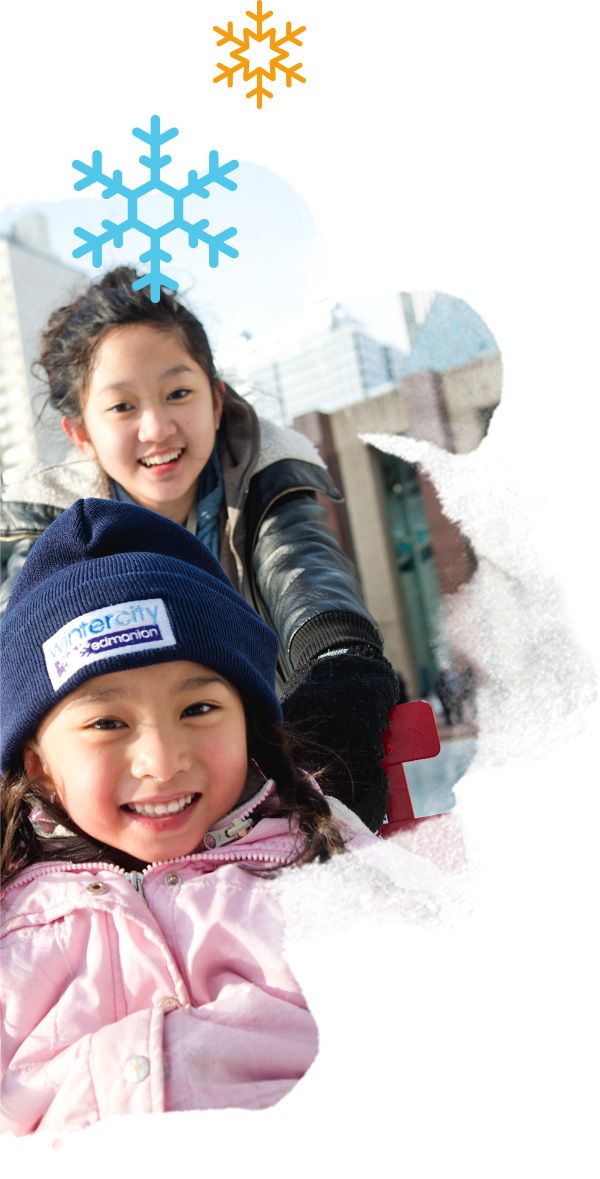 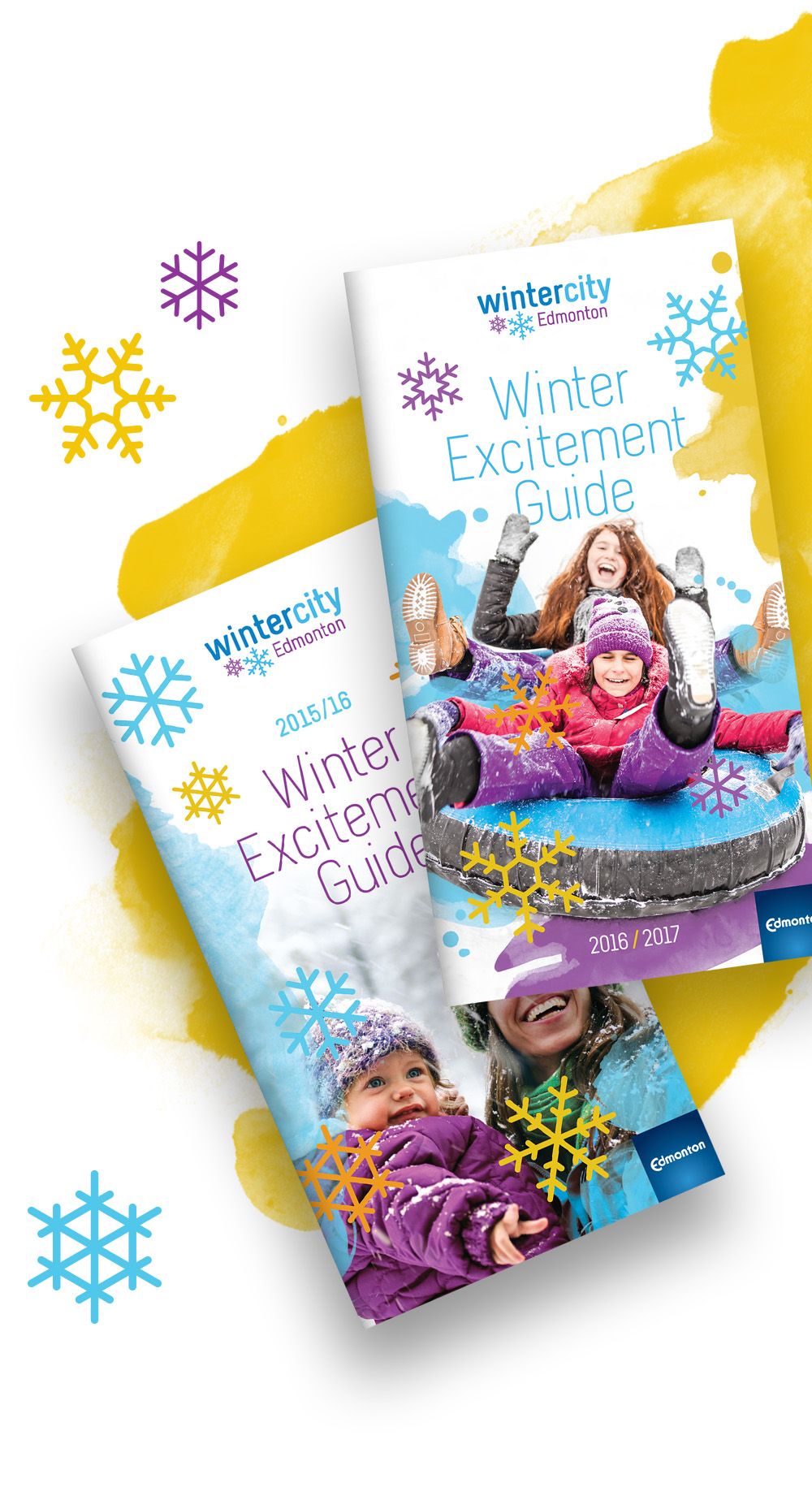 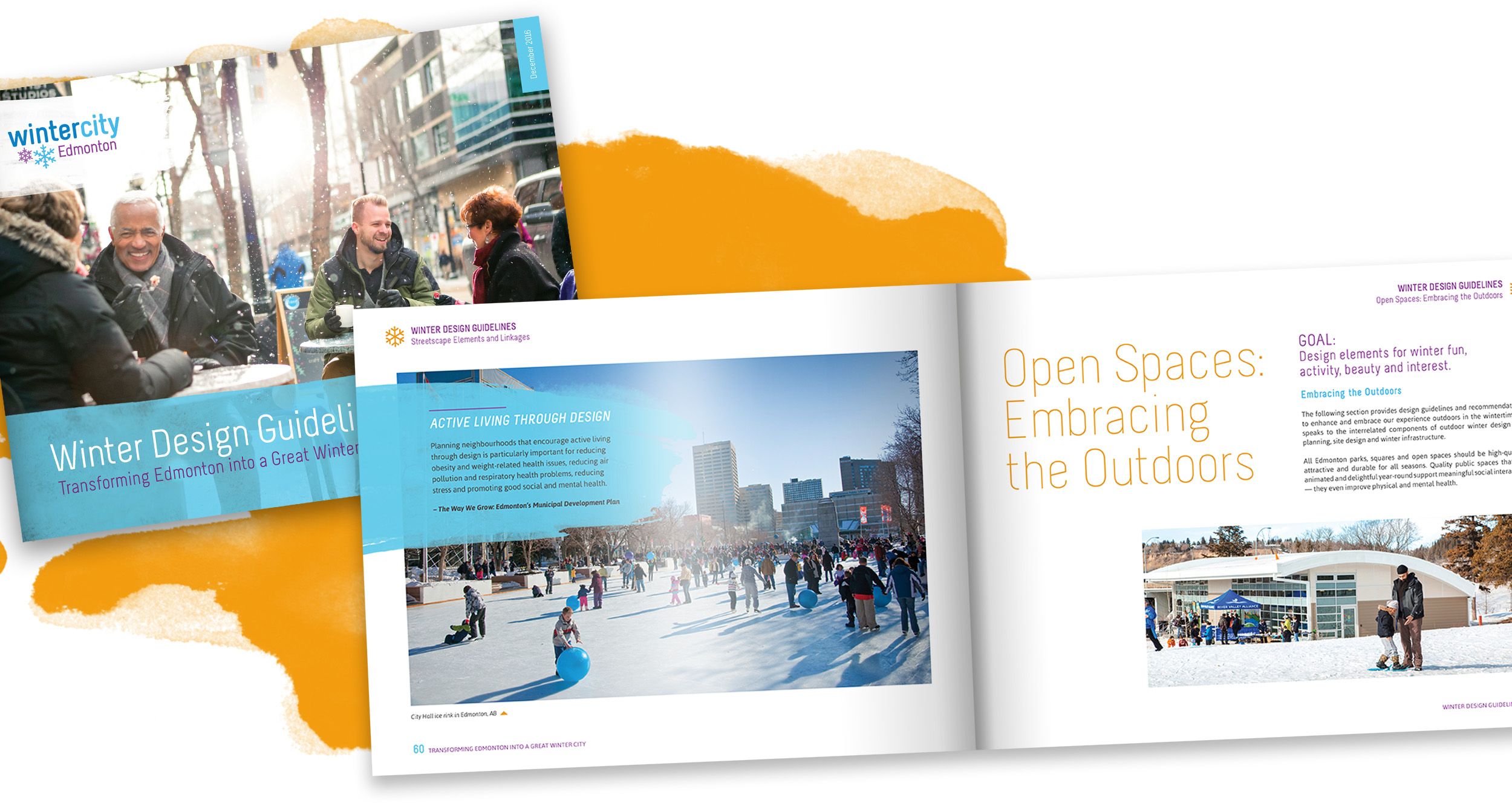 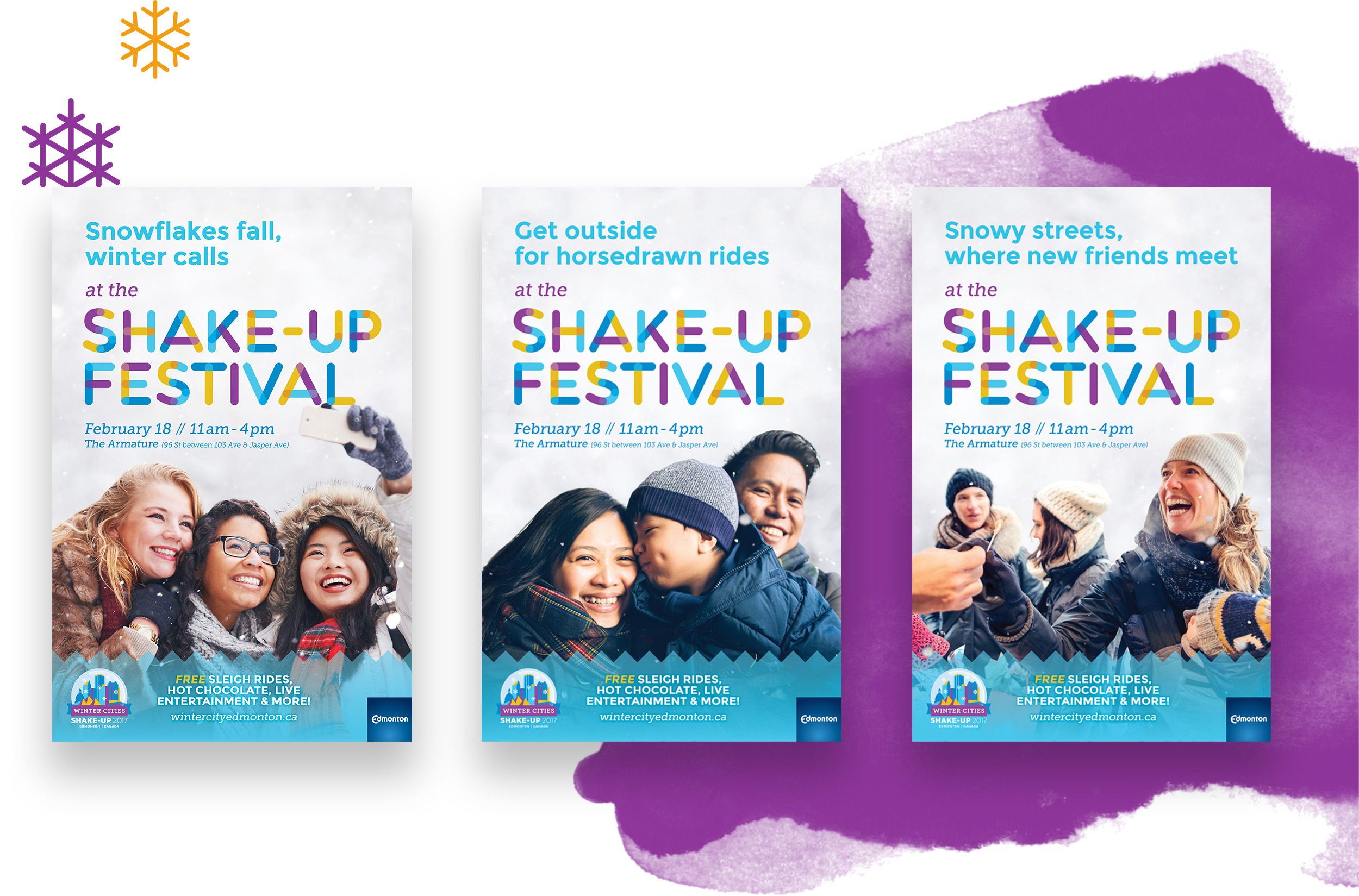 We created a searchable online event directory with an integrated blog. 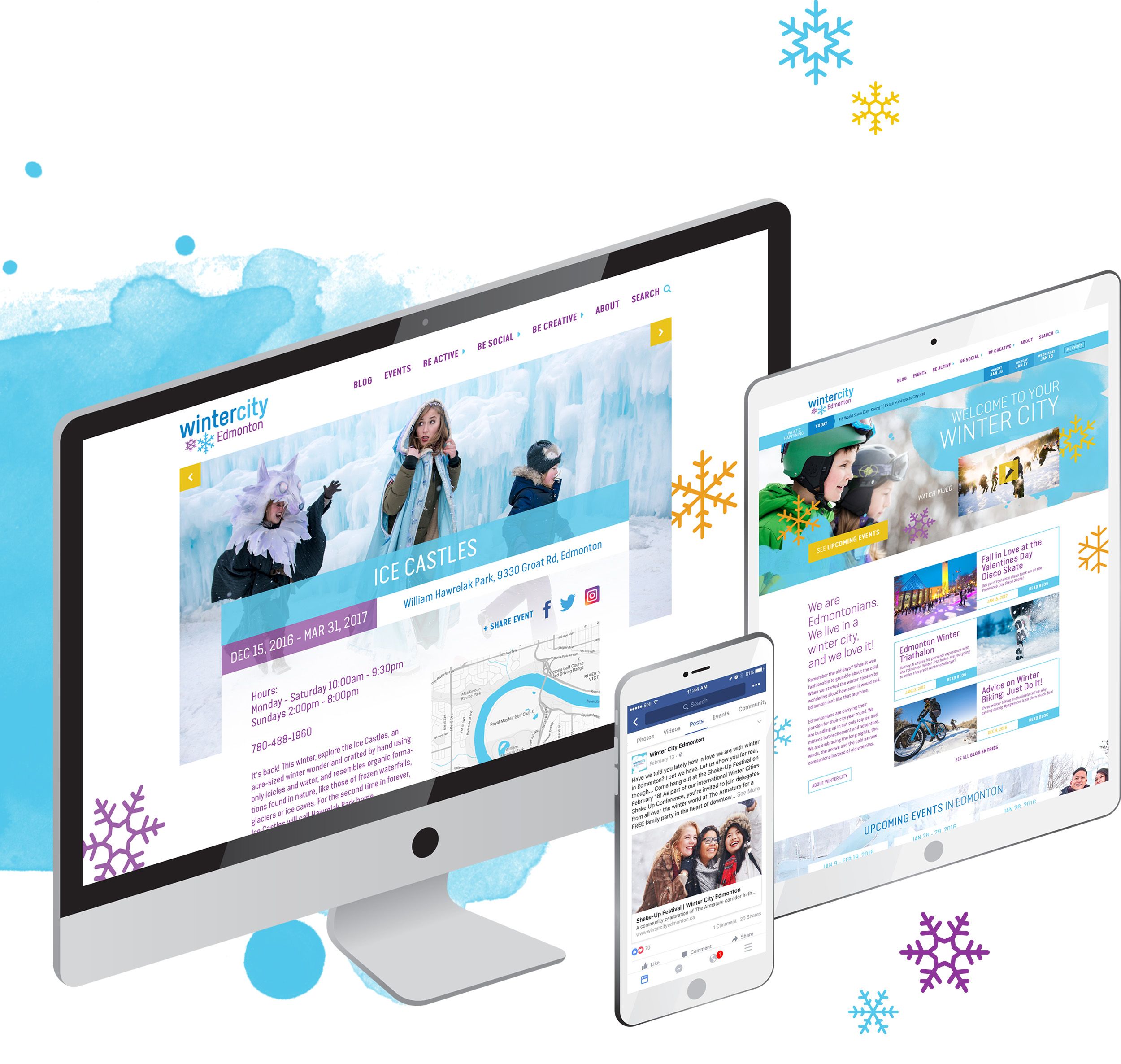 The WinterCity Edmonton team didn’t just want a website that was an easy-to-manage version of its paper Excitement Guide that could be populated with up-to-the-minute event information, but a repository of information citizens could access that would inspire them to be active, social and creative during winter months. Edmonton is recognized as an international leader in Winter Cities so resources on this site are for Edmontonians, and others around the globe.

The Graphos team has continued to outdo themselves with their work on WinterCity Edmonton, providing strong branding, great design, and an enthusiastic, immersive approach that has been a big part of our overall success.

Nice to meet you!

Fill out all the fields below and we'll get back to you as soon as we can.